How Bounty Hunters Work in Texas

Mainly thanks to movies and TV shows, bounty hunting is often perceived as a colorful and dangerous profession. Made famous in the Wild West — associated with gunslingers like Pat Garret who caught and killed the notorious Billy the Kid — and the likes of “Dog the Bounty Hunter,” many people see bounty hunters as alternatives to actual people of the badge.

However, bounty hunting in the modern world is actually a stricter occupation in which the United States is among the very few nations that still practice it. In the US, not all states have the same standards and rules.

In the State of Texas, a bounty hunter — who can be referred to as a bail enforcement agent, recovery agent, or fugitive recovery agent, among many other names — is required to be a licensed private investigator, peace officer, or a high level security officer first, which usually means more training. Although it is a less glamorous kind of work, bounty hunters in the US are reported to apprehend approximately 30,000 or around 90 percent of bail jumpers.

From Defendant to Fugitive

When a defendant is charged of a crime or felony, the judge sets bail mainly depending on the severity of the crime and the history of the person, unless the act is too grave, of course. In many cases, bail money can be too much, hence, the role of a bail bondsman. A bondsman will cover the bail usually with a form of collateral and a percentage of the total amount (around 10 percent is the norm).

Ideally, this is what’s supposed to happen: upon release, the defendant attends scheduled hearings; after the trial, whether guilty or not, court refunds bail money; then all parties get paid. However, when the defendant skips hearings, he/she becomes a fugitive, and a bail bondsman has to resort to bounty hunters to retrieve them.

How Do Bounty Hunters Track Fugitives?

Unlike the bloody action that we see in movies, bounty hunters also have less lethal methods in tracking down a fugitive. They do background checks and interviews, undergo surveillance, and even disguise themselves as relatives, friends, or a company giving a special prize or gift. Whatever their roles and tactics are, bounty hunters are meant to keep fugitives out of the streets and back to the court.

For further inquiries on bounty hunters and bail bonds, give us a call here at Cagle Bail Bonds, your reliable option for a faster and more efficient bailing transaction. 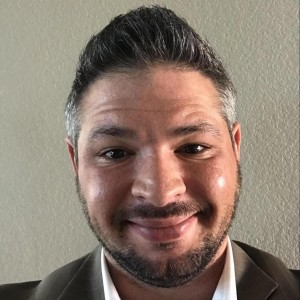 All Posts »
PrevPreviousHave Bail Will Travel: How Free is a Person While on Bail?
NextWhy Should You Hire a Bail Bondsman Instead of Wiping Out your Own Savings to Post Bail?Next